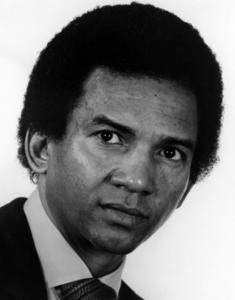 The former “One Life To Live” actor who played Captain Ed Hall from 1978 to 1988 passed away last Thursday August 9. Al Freeman Jr. was 78 years old. The Emmy Award winner took home the Outstanding Actor in a Daytime Drama Series honors in 1979, as well as being nominated for four Daytime and two Primetime Emmys.

Freeman began his career in 1958 with a role in the television series “Suspicion” had numerous roles in such shows as “Roots: The Next Generations,” “The Cosby Show,” “Malcolm X,” “Homicide: Life On The Streets,” and played Reverend Thayer on “Law & Order” from 1990 to 2004. The actor also dabbled in Broadway and appeared in productions of
“Blues For Mister Charlie” and “Look To The Lilies.” Most recently, Freeman worked as an acting professor at Howard University’s Department of Theatre Arts, which he chaired for six years as artistic director.

Soaps.com sends the actor’s family and friends our deepest condolences.

Watch a clip from 1979 with Freeman as Captain Ed Hall.