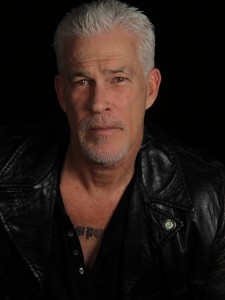 A story of lost hope.

Llanview has had its share of villains and mobsters corrupt its streets over the years. Some of them we’ve loved to hate, while others have proven to be good allies in times of need. Doc Dougherty played “One Life To Live’s” Jackie McNaughton in 2008 and appeared on and off when duty called for such action. These days, Dougherty just finished up work on the film “59 Seconds,” which stars Pruitt Taylor Vince (“Hawaii Five-0”), Nyell Segura (“Her Essence”) and Donzaleigh Abernathy (“Lincoln Heights”).

The actor plays Mr. Brewster in the film that follows a teenager named ZayVian (Segura) who struggles with guilt over the death of his twin brother and acts out with rebellion as a way to get his parents’ attention. During the course of seeking absolution for the murder, he ends up changing the lives of eight other troubled teens forever.

Until its release, which has yet to be announced, watch the trailer right here on Soaps.com…

Prior to his Llanview role, Dougherty appeared as Butch in 2006 on "As The World Turns" and had reverse roles playing authority figures in such Primetime shows as "Law & Order," "NYPD Blue," "New York Undercover," and the movie "I Believe In You." He's also taken the stage as a standup comic.

Were you a sweet and innocent girl who's fallen in love with a bad boy? You may just land on a new reality show! Details in Soaps.com's Reality TV Rush and don't forget to read our Pretty Little Liars recaps each week.