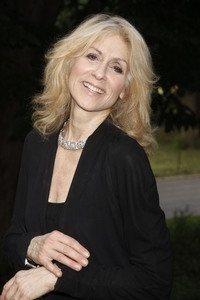 Longtime “One Life To Live” fans will not soon forget Judith Light’s memorable scene when her character Karen Wolek took the stand during Victoria Lord’s (Erika Slezak) murder trial. In 2013 the actress will return to Broadway in Richard Greenberg’s production of “The Assembled Parties.”

Starring along with Jessica Hecht (“Bored To Death,” “Nurse Jackie,” “Friends”) the premise follows the history of an Upper West Side Jewish family from 1980 to 2000. Previews of the play will begin on March 19, 2013 with an official opening on April 17, 2013 at MTC’s Samuel J. Friedman Theatre at West 47th Street in New York City, New York. Light will appear as Faye, while Hecht plays Julie Bascov. Look for the characters to bring their families together over a time-honored holiday dinner. Tickets will go on sale at MTC’s Samuel J. Friedman Theatre on October 1, 2012.

View Soaps.com’s After The Soap Finales: Where Are They Now to find out which Llanview actress was spotted on the runway, and don’t forget to read our Pretty Little Liars recaps each week.