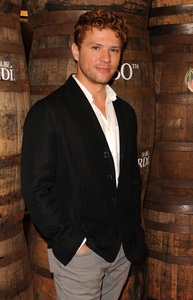 Drugs, a ghost and his brother’s wife…

Former “One Life To Live” actor Ryan Phillippe, who played Daytime’s first gay teenager Billy Douglas from 1992 to 1993, is starring in the new film “Straight A’s.” Phillippe will play Scott, who having been in and out of rehab over the course of ten years is haunted by his mother’s ghost. What is she after? His dead mother begs him to return to his hometown and the family he turned his back on. When Scott finally gives in, with some pills and weed in tow, he finds a woman who’s still pining for him after all these years – his brother’s wife.

Other actors cast in lead roles include “True Blood’s” Anna Paquin as Katherine and Luke Wilson (“Enlightened,” “That 70’s Show”) as William. Keep an eye out for the release date, which is tentatively set for December 2012.

Phillippe has had a very successful career outside of Daytime and has appeared in such films as “I Know What You Did Last Summer,” “Cruel Intentions,” “Flags Of Our Fathers,” and is currently playing Channing McClaren on “Damages.”

Don’t miss out! Own a piece of Llanview history when One Life To Live Props will be auctioned off.