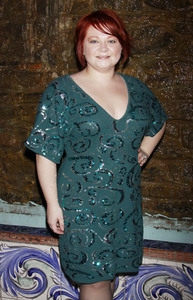 Kathy Brier played “One Life To Live’s” Marcie McBain from 2002 to 2011 and has had roles on “Law & Order: Criminal Intent,” “Law & Order: Special Victims Unit,” and on the Showtime series “Boardwalk Empire” as Sophie Tucker, where she showcased her singing talent. Not only does the actress travel with fellow Daytime actresses Kassie DePaiva (ex-Blair Cramer) and Bobbie Eakes (“All My Children’s” ex-Krystal Carey), now she’s using her talent to help others.

Brier has opened a private studio in Westerleigh on Staten Island, New York where she teaches private acting, vocal and audition technique lessons – and even group classes. The studio’s approach is noted on Brier’s website as, “I believe the building blocks to a healthy, solid & dependable instrument combine physical & mental well-being with balanced nutrition.”

If you have a child who’s exhibited an interest in acting or maybe know someone else who’d benefit from Brier’s services, the studio is currently accepting students ages nine through adults. Visit Kathy Brier Studios for details and contact information.