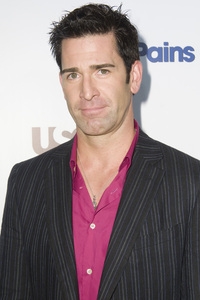 His character Eli Clarke terrorized Llanview until his final breath, but Soaps.com has a treat for fans of Matt Walton. Though not many details have been released, the actor has apparently landed a guest role on the new CBS series “Made In Jersey.” Walton announced via Twitter that fans are sure to love this new show, which premieres on Friday September 28 at 9.00 PM, and tweeted…

“On set of #MadeInJersey with the brilliant @MartinaGarretti You peeps are gonna like this show.”

The series stars Janet Montgomery and surrounds her character, a working-class woman named Martina Garretti who applies her street smarts to compete against her colleagues at one of New York’s top law firms.

Since leaving “One Life To Live” in 2010 Walton has turned up on such Primetime shows as “The Six,” “Blue Bloods,” “Onion SportsDome,” and “Royal Pains.”