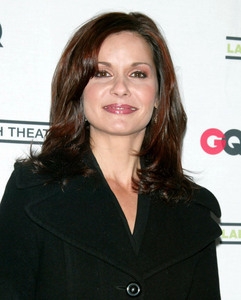 She was loved in Llanview and recently seen in a cross-over role on “General Hospital,” and now fans can catch former “One Life To Live” actress Florencia Lozano (ex-Tea Delgado Manning Lord) in the new Alexander Dinelaris play, “Red Dog Howls.” The production will begin previews on Wednesday September 5 at the New York Theatre Workshop at 79 East 4th Street in New York City, New York with an official opening on Monday September 24.

Ken Rus Schmoll will direct the production, which also stars Alfredo Narciso (“Blue Bloods”) and Kathleen Chalfant (“Rescue Me”). The story focuses on Michael Kiriakos’ hunt to dig up buried memories of his hidden family history after a box of old letters is found – as well as a father’s dying wish. Michael learns more about a past he never knew existed after speaking with his father’s pen pal. Visit Theater Mania for ticket information.

Lozano’s Llanview role had her appearing on and off from 1997 through 2012. Keep an eye out for her in the upcoming movie “7E” as Sadie.

New Movies to Watch This Week: ‘Dune,’ ‘The French Dispatch,’ ‘The Harder They Fall’