One Life To Live Where Are They Now: Barbara Treutelaar 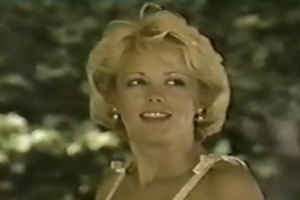 Barbara Treutelaar first appeared on the Daytime scene in 1984 as “One Life To Live’s” Didi O’Neill, who went on to marry Bo Buchanan (Robert S. Woods). Her role lasted four years until Treutelaar’s character was electrocuted during an altercation between Bo and his imposter Patrick London.

Prior to her Llanview role, the actress started her career in 1981 as Sarah Mackenzie on “BJ And The Bear” then went on to appear on such dramas as “Dallas,” “Knots Landing,” “Happy Days” and “Simon And Simon.” In the late 80s Treutelaar turned up on such Primetime series as “My Sister Sam,” “It’s A Living” and “Freddy’s Nightmares” to name a few.

So, where is Barbara Treutelaar now? Since her last noted television appearance in 1991 as Randi Rae Face in “Super Force” the actress has gone behind the scenes in various capacities. She was an assistant auditor for “Clueless,” an office staff assistant on the crew for “Last Man Standing,” and a production accountant for “Tuesday Night Book Club,” “A Blooming Business,” “You’re Cut Off,” “She’s Got The Look” and “All-Star Dealers.”

Relive one of Treutelaar’s last Llanview scenes where she died in Bo’s arms right here on Soaps.com.

Find out what another Llanview actor has been up to through Where Are They Now: Mia Korf (ex-Blair Cramer).

If you're wondering what "All My Children's" Sterling Sulieman (Dre Woods) has been up to these days read Soaps.com's After The Soap Finales: Where Are They Now, and don't forget to read our Pretty Little Liars recaps each week.