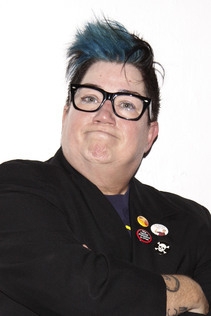 “One Life To Live” fans won’t soon forget the zany storylines that always seemed to surround Madame Delphina/Professor Del Fina. They were comical and sometimes outlandish but a change from the normal drama that often consumed Llanview.

Lea DeLaria has now been cast in a new role in the upcoming comedy “Ass Backwards.” Directed by Chris Nelson, the premise follows best friends Kate and Chloe as they travel from New York across the country back to their hometown in order to win a pageant – one they couldn’t win as kids. DeLaria will play Deb in the film that stars Alicia Silverstone (“Suburgatory”), Casey Wilson (“Happy Endings”), June Diane Raphael (“New Girl”) and Nick Zano (“2 Broke Girls”). Look for the film sometime in 2013.

Aside from her Daytime role, which she played from 2008 through 2011, DeLaria has done numerous stage productions and has appeared on such Primetime hits as “Californication,” “Law & Order: Special Victims Unit,” “Will & Grace,” and “Friends.”

Are you a fan of “EastEnders?” Find out who faced backlash in regards to Heather’s death through Soaps.com’s Soap Scoop: UK/Australia Edition and don’t forget to read our Pretty Little Liars recaps each week.