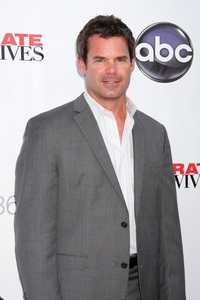 We haven’t seen former “One Life To Live” actor Tuc Watkins (ex-David Vickers) since the May 13, 2012 “Desperate Housewives” finale. This weekend fans will have the chance to not only catch the Divas Of Daytime TV live on stage, Watkins will be the emcee for the concert event! Kassie DePaiva (ex-Blair) tweeted, “My dear friend Tuc Watkins is going to emcee the ‘Diva’ show in Palm Springs… So now you really have a reason to come!”

Join in the fun this Saturday June 2 at 7:00 PM at the Palm Canyon Theatre at 538 North Palm Canyon Drive in Palm Springs, California. Catch Divas Bobbie Eakes (“All My Children,” ex-Krystal), Kathy Brier (“One Life To Live,” ex-Marcie), and Kassie DePaiva as they belt out various pop, country and R&B hits. Call 1-760-323-5123 or visit the Palm Canyon Theatre to reserve your $35 ticket today.

Watkins’ played Llanview’s David Vickers on and off from 1994 to 2012. During that time, and aside from his Wisteria Lane role as Bob, the actor appeared on such shows as “Parks and Recreation,” “Cold Case,” “Beggars and Choosers,” and even did a crossover as David on “All My Children” in 2005.