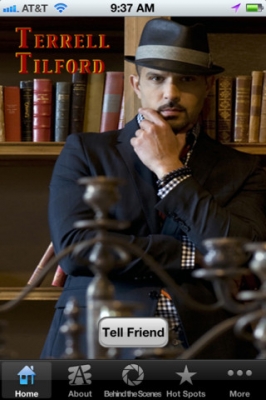 Terrell Tilford appeared as Llanview’s Dr. Greg Evans from 2009 to 2010 has kept quite busy since leaving “One Life To Live” and Daytime behind. In fact, when his fans aren’t getting updated on his continued success through Soaps.com’s weekly After The Soap Finales: Where Are They Now articles they now have the option of downloading Tilford right to their networking devices.

Terrell Tilford’s iTunes App will give fans the opportunity to see the actor behind the scenes in his new projects plus so much more! Aside from Tilford’s new projects, “Broken Roads,” This American Housewife and “H4,” he’ll be appearing in season two of VH1’s “Single Ladies” as Sean Clarke.