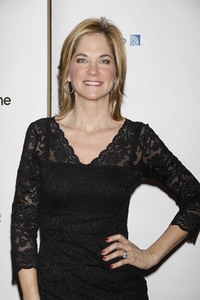 “One Life To Live” actress Kassie DePaiva, who played Blair Manning from 1993 to 2012 and did a brief crossover on “General Hospital” this year, will be appearing in a new independent film titled “We Are What We Are.” Direct by Jim Mickle, the rural psychological thriller is based on the Mexican film “Somo Lo Que Hay,” a 2010 Cannes Film Festival entry.

DePaiva posted on her latest blog, “I’m getting excited about the Independent film that I’m doing ‘We Are What We Are’. I start production on that on May 30.”

The film surrounds a family of cannibals who, following the death of their father, tries to keep up the ritualistic custom of abducting and eating fellow humans. Also cast in the film include former “All My Children” actress Ambyr Childers (ex-Colby Chandler), Wyatt Russell (“Cowboys & Aliens”), Bill Sage (“Boardwalk Empire”) and Julia Garner (“Electrick Children”). “We Are What We Are” is expected to be released sometime in 2013.

Find out what other former soap opera actors are involved in through Soaps.com’s After The Soap Finales: Where Are They Now.