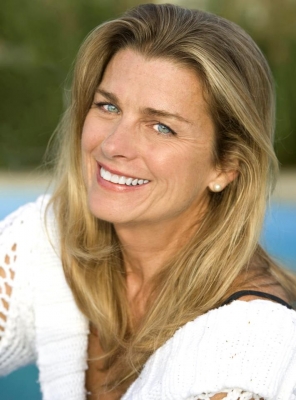 Former “One Life To Live” actress Fiona Hutchison (ex-Gabrielle Medina) will be taking part in a new production alongside her husband John Viscardi (“One Life To Live,” ex-Tony Vallone; “Law & Order: Criminal Intent”). “God Of Carnage” will run from Wednesday June 20 through Friday August 3 at the Cape May Stage in Cape May, New Jersey.

Fellow Daytime actor Justin Deas (“Guiding Light,” ex-Buzz Cooper) is also involved in the play that focuses on two sets of parents who try to deal with a playground altercation between their sons with the utmost class but end up in a funny scrap of their own. Visit Cape May Stage or call 1-609-884-1341 to reserve your tickets.

Aside from her Llanview role, which she played on and off from 1987 to 2012, Hutchison appeared as Celia Frasier on “As The World Turns,” as Jenna Bradshaw on “Guiding Light” and is currently starring in the popular web series “The Bay.”

Find out what other actors from past soap operas are up to by viewing Soaps.com’s After The Soap Finales: Where Are They Now?