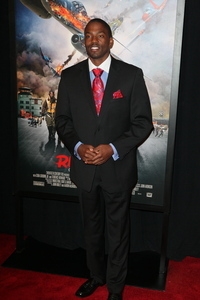 “One Life To Live” actor Tobias Truvillion, who played bad boy Vincent Jones from 2006 to 2008, will be appearing in a new film. Based on the true story in Newark, New Jersey, “Zoo” symbolizes how some live the wild life but struggle on both sides of the good versus evil spectrum. The love of easy money will lead a once straight laced teen to become the leader of a drugring called Zoo Crew.

Truvillion will play Yancy in “Zoo,” that critics claim differs from other gangster films in that the main players realize that they have the ability to do good in their community rather than destroying it. The film will be released on June 5, 2012.

After his Llanview role, Truvillion went on to have guest starring roles in the popular Primetime shows “Law & Order: Criminal Intent” and “Blue Bloods.” He also appeared in the 2009 Richard Gere film “Brooklyn’s Finest” as Gutta and in the off-Broadway production of “Black Angels Over Tuskegee.”

Find out where another former Daytime actor will be turning up through Trevor St. John in Tarzan.