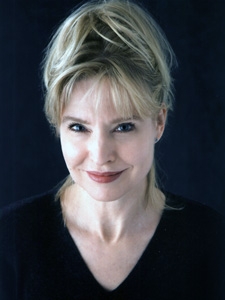 Former “One Life To Live” actress Janet Zarish, who played Janet Ketring from 2008 to 2009, has just completed work on a new project titled “Everyday Saturday.” Zarish will appear as Gayle, while Deborah Hedwall (“As The World Turns'” ex-Deena Silva) and Tasso Feldman (“CSI: NY”) will star.

The film surrounds a recently retired widow named Evelyn (Hedwall) who hides her fear of the future without the comfort of past routines. Things get worse when Evelyn’s son Asher (Feldman) returns after graduating college with the same types of issues. As of yet there is no release date set.

Prior to her Llanview role, Zarish appeared as Natalie Triandos on “As The World Turns,” as Caroline Milius/Judy Palnick on “Law & Order,” and turned up in the 1980s Julia Roberts film “Mystic Pizza” as Nicole Travers.