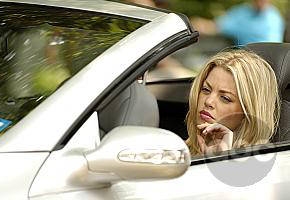 In this month’s “One Life To Live” flashback Friday Soaps.com takes readers back to 2005 when Jessica Buchanan, as her wild alter Tess, fled Llanview and headed to New York City. Once there, she met the future love of her life, Nash Brennan, and created what turned out to be quite an eventful day for both of them.

Upon meeting Nash, Tess stole his car and wallet. Nash caught up with Tess, who followed him to his friend’s, Bruce’s, party. Once he recovered his wallet, Nash found out that Bruce had roofied Tess’ drink and ended up saving her from being raped.

Tess’, and then Jessica’s, love story with Nash was one to go down in soap opera history. But for now, let’s take a look back on how it all began through these flashback Friday videos…

Nash demanded his stolen wallet back from Tess:

Nash informed Tess that Bruce slipped her a roofie:

What was your favorite Tess/Nash/Jessica moment? Tell Soaps.com in the comments section below then take a look back at last month's Flashback Friday videos One Life To Live: Jessica Buchanan's Alters.