One Life To Live Where Are They Now: Mia Korf. (Video Included.) 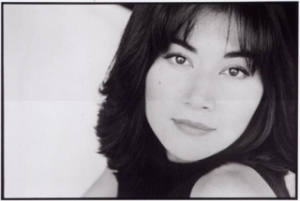 Having grown up in Ithaca, New York, Mia Korf attended Cornell University before making it big in the acting world. Her career began in 1988 as Mei Ling in the soap opera “Loving.” Korf went on to appear as Dr. Kim Rosenthal on NBC’s “The Days And Nights Of Molly Dodd” and had roles in “Dream Street” and “True Blue” before originating the Llanview role of Blair Cramer in 1991.

Here’s a fun fact not all actors are able to include in their resume… If you’re familiar with the 1997 novel, “Fool On The Hill,” by Matt Ruff, Korf was the inspiration for its character Myoko.

Korf introduced fans to Blair Cramer on October 19, 1991. The character stormed into Llanview to seek revenge on Dorian Lord (then played by Elaine Princi), who she believed had hurt her mother Addie (Pamela Payton-Wright). During her reign as one of the strongest Cramer girls, Korf shared many scenes with Max (James DePaiva, real life husband to the actress most recognized as Blair, Kassie DePaiva).

So, where is Mia Korf now? After her two year stint on “One Life To Live,” Korf left Daytime behind and appeared in various film and Primetime roles including “Party Of Five” (Gwen), “Chicago Hope” (Valerie Farr), “Players” (Christine Kowalski) and “JAG” (Army Captain Patricia Tam). Later years brought more of the same for the actress, who was last seen in 2008 as Gigi on “Faux Baby.”

Relive one of Korf’s scenes as Blair, with Max, right here on Soaps.com.

Find out what another Llanview actor has been up to through Where Are They Now: Portia Reiners (ex-Britney Jennings).