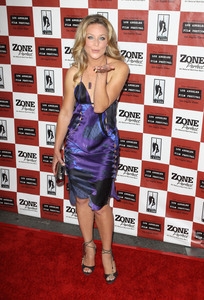 If you haven’t heard…

Former “One Life To Live” actress Elisabeth Röhm has added yet another Primetime credit to her impressive after-Daytime resume. She has a recurring role on the new Lifetime series “The Client List” as Taylor Berkhalter, who’s a big annoyance to Riley Parks (Jennifer Love Hewitt). Tune in Sunday May 6 for the episode titled “The Cold Hard Truth.”

Elisabeth played Llanview’s Dorothy Hayes, daughter of Mel Hayes (Stephen Markle), from 1997 to 1998. She went on to have recurring roles in “Eureka Street,” “Bull,” “Angel,” “Law & Order,” and “Heroes,” and turned up in numerous other Primetime shows. She is currently wrapping up seven film roles, including the made for television movie “Lake Placid: The Final Chapter.”

Watch a past video where Dorothy tells her father Mel that she’s moving to Llanview.

Did You Know Video: Ex-One Life To...