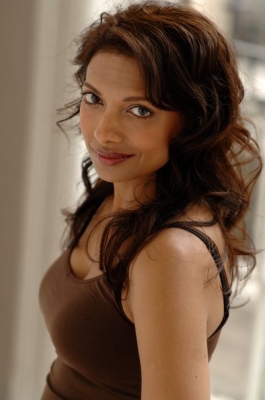 Not as a nurse but as a patient.

Former “One Life To Live” guest starring actress Mellini Kantayya, who appeared on and off from 2005 to 2011 as a Llanview Hospital nurse, will be heading to Primetime. This time she won’t be appearing as a nurse but rather a patient.

Mellini alerted Soaps.com to her new guest appearance and stated, “I want to give you the head’s up that I’ll be on ‘Nurse Jackie’ April 22 on Showtime. I’ll be playing Molly. A change from ‘OLTL’, I’ll be playing a patient!”

The popular Showtime series follows Edie Falco’s (“30 Rock,” “The Sopranos”) character Jackie, a nurse in the emergency room at Saints’ Hospital in New York City where she juggles patients, doctors, fellow nurses and her own recklessness. Tune in Sundays at 9:00 PM.

Mellini also had a guest role as a nurse on “As The World Turns” from 2004 to 2008 and has appeared as a FTC Investigator on “Children Of Invention” and as Pooja in “Colin Hearts Kay.”