In 2008, Jessica's second alter, Bess, first appeared. Very much like Viki's alter, Jean Randolph, Bess was always in control and put Jessica's other alters in their place when need be. Bess knew neither Jessica nor Tess could handle the fact that her baby had died. In fact, Bess had been the one who switched Jessica's dead baby with Starr's in order to prevent any further suffering for Jessica. Revisit a time when Bess locked herself and the baby in Nash's parents' house, while Viki and Clint pleaded for her to come out.

In May 2011, Jessica's male alter, Wess, emerged and acted as though he was Wes Granger - Brody's Navy Seal buddy. A few Llanview men were stunned at 'Jessica's' response when they tried hitting on 'Wess'. Revisit Cutter's reaction after kissing who he thought was Jessica. 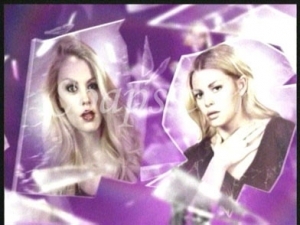 In this month’s “One Life To Live” flashback Friday Soaps.com takes readers back to 2005 when Jessica Buchanan’s mind first split into various personalities, much like her mother’s Victoria Lord’s Alters. Let’s take a look back inside Jessica’s head through these Flashback Friday videos…

Jessica’s first multiple personality, Tess, is remembered as the wildest of the three she created in her head. Tess first appeared in 2005 while she was involved with Antonio Vega. Tess took over Jessica because she couldn’t deal with the anger caused from the abuse she endured as a child. Remember, Viki’s alter Niki used to leave a young Jessica in bars, where men physically abused her. Take a look at one of Tess’ first appearances… 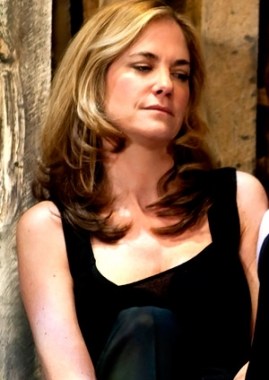