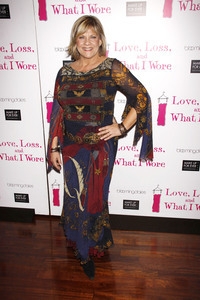 Former “One Life To Live” actresses Kim Zimmer (ex-Echo DiSavoy, ex-Reva Shayne, “Guiding Light”) and Crystal Hunt (ex-Stacy Morasco) have landed roles in the upcoming 2013 film “23 Blast,” which surrounds a star football player who suddenly goes blind just as he’s about to enter his senior year. The film is based on the true story of Travis Freeman, who played for the Corbin High School Redhounds in the 1990s, and centers on his bacterial meningitis and how he overcame the obstacles from his blindness.

Crystal also tweeted, “Ok…on the plane heading to Kentucky to star in my next film ’23 BLAST!’ Yay can’t wait to be back in the south!”

Though Kim will play Travis’ mom, Mary, there are no details as to who Crystal will play in the film.

Find out about another former Daytime star’s role in the film through 23 Blast Casts Ex-Days of our Lives’ Mark Hapka.