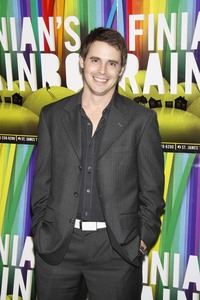 Former “One Life To Live” actor Brett Claywell, who played popular character Kyle Lewis, will be in attendance next month for best-selling novelist Nicholas Sparks’ Charity Weekend. The event will take place in New Bern, North Carolina from April 20 to 22 and will benefit several great causes.

Brett took to Twitter to alert fans and tweeted, “So happy to be a part of Nicholas Sparks Charity Weekend next month! Can’t wait to be back in NC!”

Nicholas Sparks is the author of many best-selling novels including “Dear John,” “The Last Song,” “A Walk To Remember,” “Message In A Bottle,” and most recently “The Best Of Me.” Most of his novels have been turned into featured films and have cast such talent as Miley Cyrus, Kevin Costner, Channing Tatum, Mandy Moore, Richard Gere, Rachel McAdams, Ryan Gosling, and his newest film, “The Lucky One,” Zac Efron, which will be released on April 20.

If you’d like to know what else the actor has been up to since leaving Llanview behind check out Where Are They Now: Brett Claywell.