Ex-One Life To Live’s Florencia Lozano In Jumping Off The Page: Plays In 3D 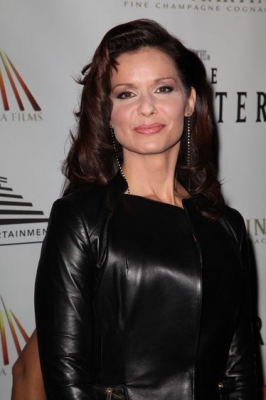 “One Life To Live’s” Florencia Lozano, who played Tea Delgado Lord, is appearing in a new production this weekend. “Jumping Off The Page: Plays In 3D,” part of The Spring 2012 Playmaking Shows with ten new plays written by ten new kids, will take place on Friday March 30 at 7:30 PM, Saturday March 31 at 3:00 PM and 7:30 PM, and finally on Sunday April 1 at 3:00 PM. Admission is free, but reservations are required, at The 52nd Street Project’s Five Angels Theater at 789 Tenth Avenue (between 52nd & 53rd Streets) 2nd Floor in New York City, New York. Please call 212-642-5052 or visit 52 Project to reserve your seat today.

Florencia played Llanview’s Tea off and on from 1997 to 2012 and has appeared in such Primetime series as “Gossip Girl,” “Law & Order,” “Royal Pains,” “Blue Bloods,” and is currently finishing production on the film “7E” as Eva.

Find out where you can catch another former Daytime actor through Jason Tam at Broadway Recycled.