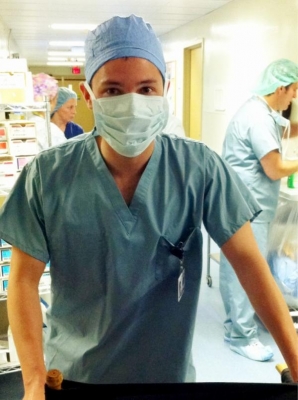 Jason Tam, who played “One Life To Live’s” Markko Rivera, has alerted fans to not one but two new pilot roles! He tweeted a photo, dressed in scrubs, and stated that he’d worked in the OR all day. This all is in reference to the new NBC pilot “Do No Harm.” It’s too soon to know more details on Jason’s role or whether or not it will simply be guest-starring. The pilot is set to run for one hour and follows a contemporary take on a Dr. Jekyll and Mr. Hyde-like neurosurgeon who fights to keep his treacherous alter-ego at bay. Phylicia Rashad (Llanview’s ex-Courtney, “The Cosby Show”) stars.

In other news, Jason was on the set of the new FOX pilot “Guilty” just yesterday and tweeted, “Got to shoot a scene with Cuba Gooding Jr. directed by McG!” Again, there are no details on Jason’s role in the drama that surrounds Gooding’s character, a defense lawyer who has wrongly been stripped of his license for fraud and now helps to solve cases that he can no longer handle.

If you’re missing the characters of Llanview check out Soaps.com’s latest One Life To Live Fan Fiction: A Face From Jessica’s Past.