Ex-One Life To Live’s Barbara Niven In Us. (Video Included.) 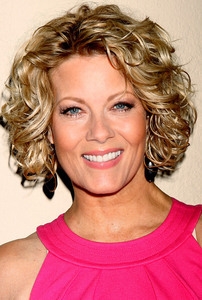 Heading to the big screen.

Former “One Life To Live” actress Barbara Niven, who played Liz Coleman Reynolds from 2002 to 2003, will be appearing in a film at the end of the year. She’ll play Julie in the dark, gritty, romantic drama “Us,” which centers on a woman who struggles to find love while living with a severe mental illness that threatens to end her life.

The 90 minute film will be release on December 15, 2012 and also stars Alanna Ubach (“Ringer”) and Michael Navarra (“EXIT Stage Left”).

Barbara has stayed quite busy since leaving her Llanview role behind. She’s appeared in numerous film and Primetime roles including “Cold Case,” “Las Vegas,” “Stranger In My Bed,” “The Perfect Neighbor,” and “My Mother’s Secret.”

Take a look back at this past video with scenes between Liz and Antonio (Kamar de los Reyes). If you recall, Liz and Antonio had a one-night stand before he realized she was the mother of his wife, Keri (Sherri Saum) – Kamar’s real life wife.

For more on Antonio and Keri's past check out Soaps.com's One Life To Live Throwback Thursday Poll: Keri Reynolds' Death.