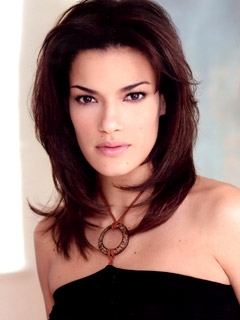 Given the current storyline surrounding the feud between Clint (Jerry verDorn) and Dorian (Robin Strasser), we are seeing that Clint plans to use Langston (Brittany Underwood) to gain back control of Buchanan Enterprises. We watched last week when Jared (John Brotherton) set out to find Langston’s long lost uncle, Ray Montez, who will be played by A Martinez, and Soaps.com is now happy to report that Jacqueline Hendy has been cast to play Ray’s wife, Vanessa Montez!

Without giving up too much spoiler information, One Life to Live fans can plan on seeing Jared and Vanessa interact in Columbia – but not before someone else from Llanview meets up with her first! Stay tuned, as Vanessa will appear on canvas in mid-September!

Although this is Jacqueline’s first daytime role, she has appeared in primetime hits including the Chappelle’s Show, Law and Order, and was probably most remembered for her role as Corey in The Black Donnelley’s. She also had the role of Veronica in the 2008 film My Normal, currently
in post-production.

Soaps.com wants to welcome Jacqueline to the show! We can’t wait to see how her character, along with A’s, fits in with some of Llanview’s high profile players!