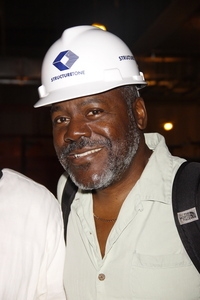 Frankie Faison, who played “One Life To Live’s” Richard Evans on and off from 2009 to 2012, will be a regular player in Cinemax’s new action drama “Banshee.” The actor will play a former ex-con boxer, now bar-owner, named Sugar Bates.

Alan Ball will executive produce the ten-episode series, which focuses on an ex-con who takes over the identity of a Banshee, Pennsylvania sheriff. This cover allows him to continue a life of crime while being hunted by those he betrayed in his past. As of yet, there is no premiere date set for “Banshee.”