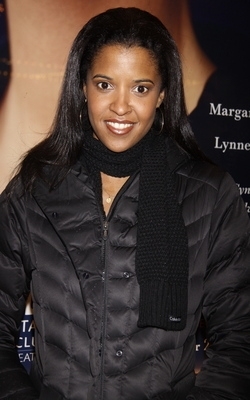 Former “One Life To Live” actress Renee Elise Goldsberry (ex-Evangeline Williamson) will be taking part in this summer’s Shakespeare In The Park season in the production of “As You Like It.” She’ll play Celia along with Lily Rabe as Rosalind, Macintyre Dixon as Adam, and Omar Metwally as Oliver.

The production will relocate the heroine, Rosalind, and her Forest of Arden to the 1840s American South. Actor Steve Martin (“The Pink Panther”) will be composing the music, which will be delivered by a live band. Steve, a talented banjo player, has recorded two bluegrass albums with the Steep Canyon Rangers, who he continues to perform with.

“As You Like It” will run from June 5 through 30 at the Delacorte Theater at Central Park West & West 81st Street in New York City, New York. Please visit Shakespeare In The Park for ticket information.

Relive a memorable moment from Renee’s Llanview character’s past through One Life To Live Flashback Videos: Trapped In A Wine Cellar.