One Life To Live Where Are They Now: Chris McKenna. (Video Included.) 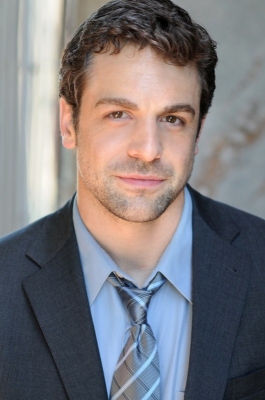 Born in Queens, New York, Chris McKenna got hooked on acting after getting is parents’ permission to audition for his school play at the age of seven. This landed him his very first experience, playing Dopey in “Snow White And The Seven Dwarfs.”

The role of Joey Buchanan had close to as many actors playing the character as did Joey’s brother, Kevin. Chris took over the role in 1990 from John Paul Learn and is remembered as the ‘childhood Joey’ before the character was SORAS in 1994 with a much-older version, played by Nathan Fillion (“Castle”).

So, where is Chris McKenna now? The actor has been very successful since leaving his one and only Daytime role back in 1993 and appeared in Primetime series such as “That 70s Show,” “Touched By An Angel,” “The Practice,” “NCIS: Los Angeles,” “Rizzoli & Isles,” and “90210.” In 2002, he played Shaun in the horror film “Wishcraft,” and appeared in made for television movies “A Voice In The Dark” and most recently “A Holiday Engagement.” Chris completed the 2008 L.A. Marathon, resides in Los Angeles, California and is currently finishing up his new film “Blind Pass” as Dr. Michael Roselli.

Relive a moment when Marty Saybrooke (Susan Haskell) overheard Joey talking to a girl from school about his best friend, Billy Douglas (Ryan Phillippe), being gay through the video below. If you don’t remember what Marty did with that information take a look back at One Life To Live: The 1990s.

Find out what another Llanview actor has been up to through Where Are They Now: Will Kempe (ex-Ian Armitage).