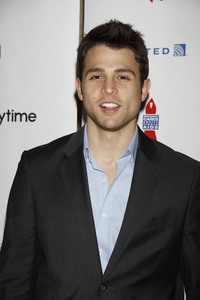 Former “One Life To Live” actor Lenny Platt (ex-Nate Salinger) will be appearing in the performance of “If You Start A Fire Be Prepared To Burn.” Opening night will take place on April 25 at The Gene Frankel Theatre at 24 Bond Street in New York City, New York.

Lenny took to Twitter to voice his excitement on the new project and tweeted, “Very excited for what’s ahead with @mondaysdark. I hope things will get as funny and kinky as I imagined.”

Presented by Mondays Dark Theatre Company, what’s described as an internet sex comedy for the Recession Generation follows two typical American twenty-somethings who struggle to survive with their dignity intact. Even though Chris and Lucy hate their jobs, what’s important is they have each other – and insurance! However after Chris loses his job, he shares his idea with Lucy… to launch a boutique sex website – with her as the all-American girl next door spokesperson. Please visit Mondays Dark Theatre Company for further details and ticket information.

If you haven’t already check out the video Lenny directed for the Phoundit App.