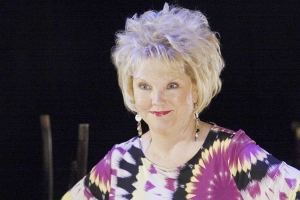 In this week’s “One Life To Live” flashback Friday Soaps.com takes readers back through the many alters of Victoria Lord. In the late 1960s, Viki created an alter, Niki Smith, in order to block the fact that her own father, Victor Lord, raped her as a child. Throughout the years, new alters began to emerge during various troublesome times in her life. Let’s break them all down and take a look back at the six alters who stunned those around Viki with their presence…

Niki Smith came off as a 20-something party girl and was known to appear most often of all of Viki’s alters. She was very clever in making people think she was Viki and even carried on relationships with Vinny Wolek and Harry O’Neill.

Tommy didn't emerge until 1995 as a 14-year old boy filled with rage - one who threw Dorian Lord down the stairs. He normally came out to protect Princess, another of Viki's alters.

Jean Randolph was considered the caretaker of Viki's alters and possessed a very calm and level-headed demeanor.

Princess was a 7 year old traumatized Viki in disguise, who relived Victor Lord's molestation of Viki.

Tori was a 19 year old alter who appeared in 1995 after Dorian told Viki about Victor's abuse.

Victor was the mental image of Viki's father within her head. Though he wasn't seen often, Victor's image led Viki to cut her own wrists in an attempt to expel her father from her body. Take a look back at when it was finally revealed to Clint that Victor raped Viki…

Rihanna Claps Back After Fan Shades Her For Wearing Sunscreen In ‘Winter’: You’ll Have ‘Wrinkles’