One Life to Live’s Chris Beetem: Where Is He Now? 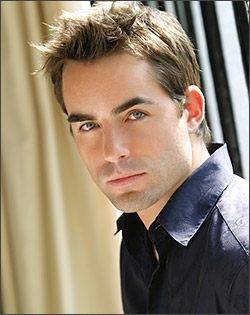 It’s hard to believe it’s been a year since Chris Beetem’s character Tate Harmon was sent to prison for racist attacks on a lot of Llanview residents. However, have you ever wondered what Chris has been up to since leaving the show and daytime behind?

After making his exit on August 9, 2007, Chris went on to appear in two episodes of Cashmere Mafia as Sam Morgan, as Dr. Ethan Copeland on One Tree Hill and most recently in the 2008 made for television movie The Verdict as Michael.

Prior to his time on One Life to Live, Chris was no stranger to daytime. In fact, his first stints came in 2004 through 2005 when he appeared in five episodes of CBS’ As the World Turns as Jordan Sinclair then hopped networks and took over as a temporary replacement for the part of Nikolas Cassidine on ABC’s General Hospital!

Soaps.com wants to send a big hello out to Chris! We miss you on One Life to Live and hope that one day your character, Tate, will either break out of Statesville to seek more vengeance on those he left behind in Llanview – or he could do an about-face and become completely reformed and in search of forgiveness from those involved!

One Life to Live's Ty Treadway...