Take a look back at last week's Flashback Friday videos One Life To Live: Max and Kelly. 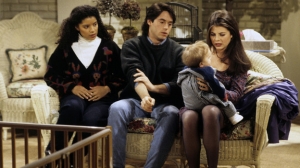 “I need to know if you’re going to let me take Duke with me.”

This week’s “One Life To Live” flashback Friday takes us back to 1993 and the difficult choice LeeAnn Demerest (Yasmine Bleeth, “Baywatch”) made… to leave those she loved in Llanview behind. LeeAnn first arrived in town in 1991. Though her first attraction was to Max Holden, Kevin Buchanan (then played by Kirk Geiger – 1 of the 12 actors who played the part) won out as her first bedmate.

LeeAnn ended up pregnant and kept the baby from Kevin. When he found out, the two eloped and moved in together at Llanfair, which made LeeAnn uncomfortable. LeeAnn befriended Jason Webb and realizing he couldn’t read, she vowed to teach him. She fell in love with Jason, and not wanting to have an affair asked Kevin for a divorce. Kevin briefly left town to heal his broken heart and didn’t return until the birth of his son, Duke.

The parents fought over who’d be best to raise Duke, and the fact that LeeAnn and Jason were dating didn’t help her chances. Kevin’s jealousy of Jason lost out in the end… After Jason testified that LeeAnn had spent so much time with him during her marriage to teach him to read, she was granted custody. Just like a Buchanan, not going down without a fight, Kevin spilled lies that resulted in him later getting custody.

LeeAnn and Jason kidnapped Duke. Once found, Rachel Gannon convinced Kevin to give LeeAnn visitation, and he even allowed her to bring their son back to Texas with her. That was the last we saw of LeeAnn, who didn’t even return to Llanview for her son’s funeral in 1996. 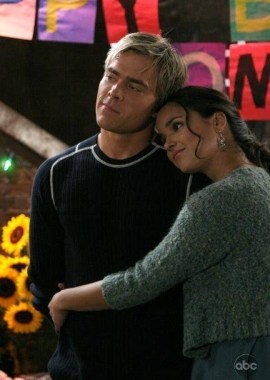