One Life To Live Where Are They Now: Brett Claywell. (Video Included.) 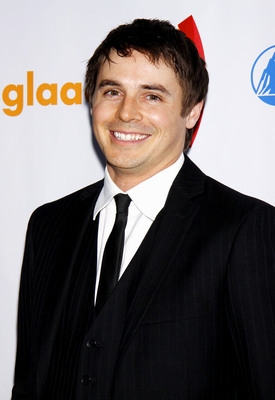 Former “One Life To Live” actor Brett Claywell, who played Kyle Lewis from February 24, 2009 to April 16, 2010, has been concentrating on another passion aside from acting. On November 6, 2011 Brett launched his new website Brett Claywell Photography. Prior to, Brett enjoyed snapping photos of the various backdrops in New York City and later offered his work to the public – at their request.

By visiting the link above fans can own a little piece of New York City through the eyes of Brett. The nice part is, Brett donates a percentage of all his print proceeds to Grassroot Soccer. In 2010 Brett ran his first New York City Marathon to raise money for the organization, which through soccer raises HIV and AIDS awareness in Africa.

Before Brett brought Kyle Lewis to Llanview in a memorable storyline surrounding Kyle’s romantic relationship with Oliver Fish (Scott Evans), he appeared in the 2009 series “Dollhouse” as Matt Cargill. Brett was most recognized for his five year stint on CW’s “One Tree Hill” as Tim Smith. His various hobbies include sports, writing, art, and taking part in basketball and soccer leagues from Los Angeles, California to New York City, New York.

Take a look back at this memorable Llanview scene where Kyle helped Oliver admit why he refused to come out as a gay man, not to mention their first kiss!

Let Soaps.com know which decade you'd like us to showcase actors in new "Where Are They Now" articles by voting in our poll…

Join us on Twitter @soapoperafan and Facebook. Come tweet and Facebook with us about "One Life To Live," all the other soap operas, "Dirty Soap," "Glee," "Grey’s Anatomy," "Vampire Diaries" and "Venice The Series!"