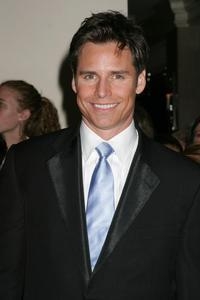 Fans missing their favorite “One Life To Live” actors can catch a few popping up in Primetime soon. Former Llanview actor Dan Gauthier, who played Kevin Buchanan off and on from 2003 to 2010, has just finished taping a guest spot on the TV Land hit “Hot In Cleveland.”

Over the years Dan has appeared in numerous Primetime and film roles including “Son In Law,” “Supernatural,” “Lost,” “No Ordinary Family,” and even did a Llanview to Pine Valley crossover from 2004 to 2005 on “All My Children.” Though Dan didn’t turn out for the show’s finale his character was last seen in London during Thanksgiving when Kelly (Gina Tognoni) arrived looking to reconnect with Joey (Tom Degnan), who had already headed back to Llanview for the holiday.

Soaps.com will alert readers to Dan’s upcoming “Hot In Cleveland” airdate when it’s released. Find out which former Port Charles actor will be guest-starring as well through Rick Springfield On Hot In Cleveland.

Please Note: Our “One Life To Live” section will remain open. We’ll still be here delivering news on the actors, Llanview fan fiction and various articles about the show.