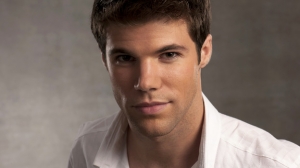 Former “One Life To Live” actor Nic Robuck, who played Llanview’s James Ford from 2010 to 2012, has already landed a new role in Primetime. ABC Soaps In Depth is reporting that Nic will have a guest role on the CW’s “Ringer,” starring former “All My Children” alum Sarah Michelle Gellar (ex-Kendall). That’s not all, the role could very well turn out to be recurring, so fans of Nic’s will hopefully have somewhere to see the actor every week.

Nick will appear in the role of Cash. His first air-date is Tuesday March 13 at 9.00 PM. Please check your local listings.

Prior to Nic’s Llanview role, he appeared on CBS’ “The Young And The Restless” as a Genoa City Athletic Club waiter, on “My Date” as Michael and on “iCarly” as Navin.

For more Daytime to Primetime appearances check out Joe Lando To The Secret Circle.