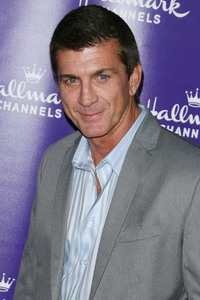 Former “One Life To Live” actor Joe Lando, who played Jake Harrison from 1990 to 1992, will be appearing on the CW’s popular paranormal drama “The Secret Circle.” Last week Cassie (Britt Robertson) vowed not to stop until she found out more about her father’s dark magic. Now TV Guide is reporting that Joe will arrive in Chance Harbor as Cassie’s father John Blackwell, a commanding, enigmatic and powerful witch – one with many enemies.

Look for Joe’s character to appear on the scene in episode 15 titled “Return.” Though he’ll claim to be a changed man, and promise to protect Cassie’s circle of witches, will anyone believe him? Stay tuned, as “The Secret Circle” airs ever Thursday after The Vampire Diaries at 9.00 PM.

Aside from Daytime, Joe appear on “The Bay” as Lee Nelson, the made for TV movie Perfectly Prudence as Jack Jameson, “Melrose Place” as Mr. McKellan and is probably most recognized for his five year stint on “Dr. Quinn, Medicine Woman” as Byron Sully.

Watch The One Life To Live Finale...