I'm too pretty for prison.
Did they give Cutter that haircut in prison, or did the show overlook the change in Josh Kelly's appearance before shooting the scene? He clearly didn't have a buzz cut when he was dragged off to jail. Aubrey wouldn't help him, and neither would Kim, whose reaction to Stacy's death tugged at my heartstrings. Too bad Cutter wasn't in Statesville... After today, he wouldn't have needed Alex's help.

Llanview is rocked to the core.
Throughout the years numerous residents have been sent away to the big house. Next week is going to bring many anticipated returns, as the lights go out in Llanview and the jail cells in Statesville Prison open wide…

Here's wishing you all a very safe and happy New Year! For fun, take a look back at Llanview in 2001… Blair makes a decision about the baby she doesn't realize is her own - Jack. Ben catches Todd stuck in a window, and Starr tries to cover for her father.

For more video flashbacks check out our 2011 One Life To Live Most Memorable Moments.

Considering the holiday falls on a Sunday, there won't be a new episode on Monday, but I'll see you back here next Friday for another week's worth of my "One Life In A Week." 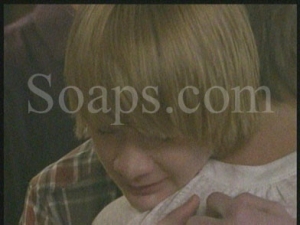 Credit: Too pretty for prison? (Soaps.com)

It was a short week in Llanview, but some storylines moved forward at a rapid pace with the power outage only teasing what’s yet to come. Let’s take a look…

“Mommy?”
Poor Shane has gone through so much in his young life. Now that his mother’s back, and Rex and Gigi plan to spend the rest of their lives together, my 2012 wish for them would be for the Balsoms to ride off into the sunset and start a new life in Paris, Texas. Jack’s arrest and Todd’s revenge against Neela – not much of a shocker there. Jack’s face when he laid eyes on Gigi, priceless. Jack put in motion a devastating turn of events and should be held accountable for what he did to Gigi and Shane. In regards to Stacy’s death… That’s what you call poetic soap opera justice. However, to put the sole blame on Jack for his actions would be to overlook the bad examples he’s had in life. Victor, Blair and Todd all had a hand in contributing to the way Jack turned out. Soaps.com poster “cowboys fan” stated, “He told Blair the truth about herself. She has never been there for him. Too busy chasing her next man.” Even so, Blair loves her kids very much – as does Todd and did Victor, except both fathers used and continue to use money as a means of making everything right in the world. Speaking of which…

Paid in full.
Or so Todd and Starr had hoped… There’s really never been much of a purpose for this musical storyline, but it was refreshing to see Rick stand his ground and not take Todd’s money. Blackmail and soaps go hand in hand yet it’s a fun twist watching Starr clearly struggle with not associating with sleazy Rick or wanting to become a star. Let’s hope we’ve seen the end of this storyline, as it’s simply a waste of time. “TipsyTess” stated, “Is there really a point to having Rick’s storyline on? We have two weeks left. I do think we need the good storylines not the trashy ones no one cares about.”

The Natalie effect.
Gigi had it right… John has softened, and it’s all due to Natalie and Liam. John’s going to make the perfect family man, even if he doesn’t stop working more than fifty hours a week, but will we ever see it? We may be getting a little tease into a full-blown reunion but do you think one was taped for John and Natalie before the last ABC tape date? 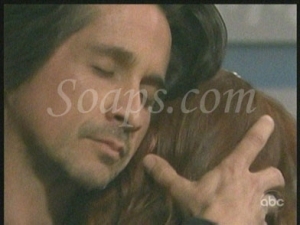 One Life To Live's 2011 Most Memorable Moments. (Videos Included.) 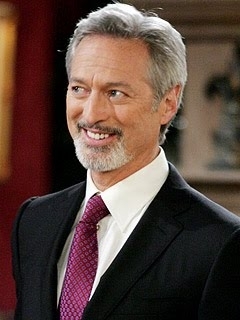