Over the years Trevor's worked with so many actors on "One Life To Live." Wondering if there was anyone in particular that he didn't get the chance to work with and wanted to, Trevor couldn't think of anyone. However, in finding out that his character was Victor Lord and not the real Todd Manning, Trevor thought the whole premise was fun and great. "Any chance to do something new, when a character's world is torn apart… It's a great thing. It was terrific." In fact, he didn't care how his character was written off. "I didn't care. It was about giving them my all until the last day. I didn't know what it meant [Victor's death]. This was their ballgame to make their storyline work good. I was like 'good luck to them' if this was the best way."

Sorry fans, Trevor doesn't think there's a chance his character will reappear before the show's finale on January 13, 2012, but he would be open to working in Daytime again. "It would really depend on the circumstance, the nature of the obligation. If somebody said 'you could do this', 'this is the how', 'for how long', 'for how much', yeah, sure."

Not only did Trevor's new film In The Family recently screen in New York, he just finished working on a new project - one we hope to see in the near future. "I did a pilot for ABC Family titled "Intercept." It's almost finished post-production. We'll see what happens with it. It's still in that pilot stage."

Stay tuned for more Llanview interviews in the coming weeks, as well as how all of the actors would have written their characters' endings. 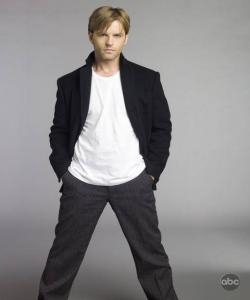 “The reason it’s going off the air is because they weren’t respected enough.”

At the moment, Llanview is embroiled in the mystery over who killed Victor Lord. Todd (Roger Howarth) believes he murdered his brother. Others aren’t sure, but in the end, fans are still upset that Victor’s gone. Soaps.com sat down with former “One Life To Live” actor Trevor St. John to chat about the show’s end, what he thought of Victor’s demise, and the upcoming Loving Llanview Event.

Knowing how emotional the event will be, off the heels of the “OLTL” finale in January, Trevor wants nothing more than to show his appreciation for the fans. “My appreciation and thanks for them. My debt to them. They kept me employed for eight years straight.” Fans will get treated to both on and off set memories by the actors during the event. Trevor thanked me for the head’s up. “Are we sharing memories? [Laughs] I haven’t even thought about it. I’d had to think about that one.”

Trevor wanted to send the fans a special message in regards to the show’s end. “The reason it’s going off the air is because they [the fans] weren’t respected enough. Their insight, understanding. I think they were undervalued. That’s why it’s going off the air. It’s too bad and not their fault. Great screenwriting guru, Robert McKee, he wrote the film “Adaptation,” starring Nicolas Cage, and has these 10 commandments of screenwriting, one being, ‘Thou shalt respect your audience’. We broke the first one.” With that being said, Trevor did think something could have been done to save the show. “You have to keep telling interesting stories that are basic understanding of human nature. This is a relationship genre. They [viewers] know what it’s like to be married, to have heartache. We don’t care about action sequences, numerous kidnappings. They want insight into their own predicaments.”

We are all still grieving Prospect Park’s announcement that they won’t be able to make a go of it online. Trevor wasn’t shocked by the news. “I was really skeptical that it was ever going to be a go. It was too tall an order. It has nothing to do with Prospect Park. They were well intended. It was just too tall an order. I know they’ve produced successful shows in the past. If they had the backing…”

One Life To Live Weekly Spoiler Video: Admissions Of Love 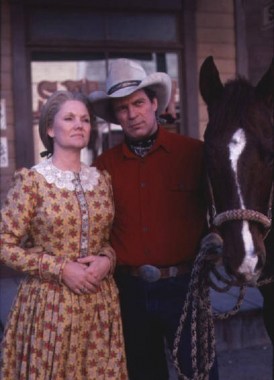