More cancellation news.
Though the cancellation of the soap within our soap doesn't affect us as viewers, watching the characters react to the cancellation of their favorite soap on Tuesday mirrored our own upset over the upcoming cancellation of the fictional town that houses those characters. For those who don't remember, "Fraternity Row" was produced in Llanview back in 1988 with Megan Gordon as the star. The soap went by the wayside in the 90s and was mentioned again when Snoop Dogg came to town. Bo recalled hiring Snoop to work on the soap when he was its producer. No one likes cancellations, but in this case it paid homage to what we're going through as fans. "Dangerous Beauty" stated, "Roxy, you said it best! I can't believe they are cancelling this show. It's the best soap ever! It really is! Today's episode was perfect! Thanks to the writers and actors of 'OLTL'!" In a perfect fictional town saving "Fraternity Row" would be a fitting way to reiterate that miracles can happen. Do you think Prospect Park can still save One Life To Live?

Roxy to Shaun: "I'll be there in a minute. I just have to give Neela the 911 on Jack Manning."

Shaun to Roxy (on "Fraternity Row"): "Brandon and Brianna cannot be brother and sister!"

Wishes for the end…
"Eglassman11" asked, "Do they really need to put this stupid plot up about Starr and Nate and Rick's blackmail, so it appears that they are sleeping together? Isn't it wasting precious time we could have with returning stars or finishing off plot lines appropriately?" Fellow poster "Cherryberry" pleaded, "Hopefully the writers will do right about this soap and give us closure by 1/13/12 and maybe end some of the storylines before this date. Please put Gigi, Rex and Shane back together before the end. Please get rid of Rick before the end, along with Cutter, Kim and Aubrey. You could also get rid of Todd since this will be the end, make us happy." The weeks will surely fly by. We can't stop time. Unfortunately only one alternative ending scene was taped and will be used. There's no way for anyone to go back into the studios and tape new scenes, which will most likely leave us with an open-ended finale and a lot of 'what-ifs'. 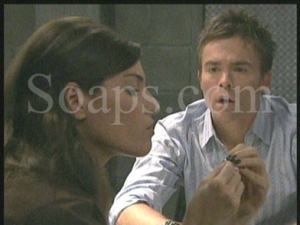 Credit: "Not my favorite show!" (Soaps.com)

This week brought viewers to one of my most beloved sets in recent years, the Bon Jour Café – the original, not the Llanview lookalike. Past characters returned, connections were made and old ties couldn’t be forgotten. Let’s take a look…

A stripper in a jail cell with a secret to tell.
Llanview’s favorite stripper resurfaced this week. It’s good to see Kim can still blackmail with the best of them, even from jail. She traded secrets of Stacy in exchange for Rex and Aubrey getting her released. Kim wanting to hightail it back to Llanfair to confront Clint for supposedly blowing her off was believable. Clint offending Viki by suggesting they pick up where they left off years ago – since Kim wasn’t coming back to him – was downright ridiculous. Just for his statement, as well as the way he refused to answer Viki’s questions about Kim, a Viki/Clint reunion is not on my list of ‘must haves’ before the finale. He could have followed up their passionate kiss with something a little more sensitive.

A trip to the Bon Jour Cafe.
After all Cutter has done, allowing Gigi to continue believing she’s Stacy isn’t a real shocker. He may have finally given up scamming for love, but it’s not going to last. Little by little she’s starting to place familiarities in the Texas diner, and with Llanview residents arriving on scene it’s only a matter of time before life as she knows it comes full circle. Did you enjoy the Paris, Texas scenes at the Bon Jour Cafe?

Will the prince finally get his due?
Prince Manning, like Cutter, may be ready to turn in his bad boy image for a girl. Too bad Neela isn’t as naïve as she appears. Shane’s influence pushed Neela toward the quest to prove Jack had something to do with Gigi’s death. Soaps.com poster ” lucetta” stated, “Jack, you are a loser. I’m not liking Shane setting him up, but he deserves all that he gets. He was definitely leader of the pack, and yes due to no parental supervision.” Since teenage love isn’t of interest anymore, if Jack can finally face his demons at the end of this debacle, it won’t be time wasted.

Skype, the new way to confess.
We know that Tomas was forced to admit he killed Victor. Todd supposedly killed Victor. Blair’s judgment might be clouded by Todd’s eagerness to help and comfort her, but Tea’s smarter than that. She respects John’s opinion and suspects he could be right about Todd. If anyone can blow Todd out of the water, it’s Tea. Instead of dragging this storyline out further, whoever killed Victor needs to come forward and confess because this plot is becoming a thorn in my side. 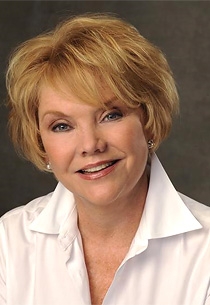