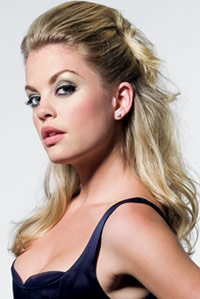 For all of you fans out there who have been worrying that Jessica will follow Nash up through the pearly gates, have no fear! Bree Williamson has just renewed her contract with One Life to Live!

Given Bree’s current storyline, that’s wonderful news! Although Jessica has always been a fan favorite, her alter ego, Tess, has received many accolades as well, and we can only imagine what deviltries she has up her sleeve for those who have wronged her – and her beloved Nash Brennan!

Prior to arriving on the scene in February 2003, Bree can be recognized from such films as Adam and Eve, Mutant X, Odyssey 5 and Earth: Final Conflict, as well as SOAPnet’s August 2007 series The Fashionista Diaries!

Soaps.com wants to congratulate Bree on her renewed contract! Llanview just wouldn’t be the same without Tessica in it! For those who may think that’s a typo, you’re not alone! However, as the picture above portrays, it’s the name we get when the character’s two personalities clash together!

One Life To Live: More Returns For...