Ford wants Jess, not Tess.
For once, two people didn't immediately give in to the moment without discussing how they got there. Ford has proven he's changed. He's getting another shot at a real relationship, and the mother of his child needs that too. It looks as though Liam's not the only lucky kid in Llanview to have his parents in sync on some level.

Todd's back on track or on the attack?
Todd's been back for months but watching him carry around a briefcase of money and paying Baker to take care of Tomas was like old times. The only difference is the Todd of old would have had Tomas killed in a heartbeat. "Yale Steam" stated, "He solicited murder to kill Tomas. How innocent and great do his fans think he is now?" This Todd only wants back what was his without the added blood on his hands, but many are wondering how long it'll take for Todd to self-destruct.

"That woman is my mom."
Now we know where Cutter gets his scamming trait - from his long lost mother Alex. Cutter will most likely guilt Alex into helping him and 'Stacy' avoid Rex. Anytime Alex is thrown into the mix, things get downright nasty. Bring it on!

Funniest lines of the week:
Roxy to Tina: "You're too late. This wedding has one maid, and it's me."

John to Liam: "I don't know if you remember me. I was your dad for about five minutes."

Viki to Dorian: "I have a favor for someone else you hate."

Clint to Nigel: "We just let you carry a tray around to humor you."

Roxy to Viki in regards to Natalie: "Between you and me, I think we made a good kid."

Thank you to the cast and crew.
This week wrapped up the final tapings under ABC, prior to its last network airdate in January. The cast and crew deserve much praise for all of the great years of storytelling under the ABC network. Looking forward to January 2012, it'll be interesting to see what Prospect Park will bring to the table for the talented bunch who have signed on to keep the show alive! Find out how the One Life To Live actors reacted to their last ABC tapings.

Due to the upcoming holiday, I'll be posting next week's "One Life In A Week" on Wednesday after the show. See you then! 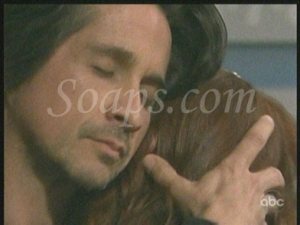 The skies opened wide this week in Llanview and brought fans a reveal that’s been a longtime coming. The new promo featured a song, which referred that ‘everything’s going to change’ and you can bet the Buchanan fortune things are going to change for a lot of people. Let’s take a look…

“Hand it over, Chubby Cheeks.”
The dialogue between Liam and David Vickers the dog was hysterical. Andrea Evans’ voice, aligned with little Tallulah Bean’s barks, and Michael Easton’s voiceover for Liam was adorable. Soaps.com poster “jharp51” asked, “They showed a little white puppy with a brown head and face, so cute. I’m looking for what kind of dog it was.” She’s is a Shih Tzu. OLTL’s Tallulah Bean talked to Soaps.com through her owner Vanessa a while back. It takes a smart dog to execute those scenes and the secret weapon in helping her do so is food. In fact, Tallulah Bean is a big fan of cheese!

“It’s true. I knew.”
Twitter pal “Maria M.” stated, “John’s reaction to Natalie’s news was almost worth the year it’s taken to resolve this storyline.” Agreed, the wait was well worth it. From Brody being forced to verify that he’d known the truth about Liam all long, to the look on John’s face when Natalie let him in on the secret… Loved it! Brody has no one to blame but himself, though “Slayer2678” thinks Natalie’s at fault and stated, “If I were on the show I’d be terrified if my character ended up involved with Natalie. You just have to love how they’ve spent months slowly destroying the character of Brody just so we won’t think Natalie’s a total ‘B’ for dumping him and running back to John at the drop of a hat. We all know that’s what would have happened had Brody not ‘gone crazy’ and lied about the paternity. I guess any actor they want written off the show they just stick in a story with Natalie.” “Lady53” doesn’t agree and rebuffed, “Can’t blame Nat for this. Not the first time Brody has gone mental over losing a family that wasn’t his to lose. After all look who he had as his shrink, a nutty shrink who needed a shrink herself.” Marty is to blame for switching the results to begin with, but the second Brody learned the truth he should have came forward. Unless you have a father like Mitch Laurence, a mother like Margret Cochran or anyone in the same league as those two, keeping a child’s paternity a secret never ends well. Proven point… now we’re forced to wait even longer for John, Natalie and Liam to reunite, due to another kidnapping storyline. Brody pulled himself out of his darkest days once and should have dug deep for the strength to do it again. Vote your thoughts on Brody’s actions.

Coming full circle.
It’s not a law to have rings in order to get married. Tina and Cord deciding to spontaneously tie the knot was romantic but using Brody and Natalie’s rings, not so much. These two need luck on their side more than ever. After what Natalie and Brody’s farce of a relationship/wedding stood for, they’d have been better off using Roxy’s cheap costume jewelry as symbols of their love. 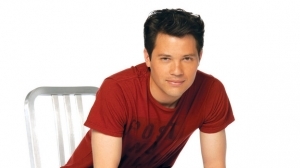