Neela says no to arranged marriages and baby factories.
Here's a thought… GoodbyeHoppy warned, "So help me, if the show is planning the predictable 'Jack and Neela get married so she can stay in the country storyline' I am going to need a sedative." Predictable? For sure! Pass around the sedatives because we might all need them. Watching this unfold through blurry eyes would be better than listening to the same old rants about Scarface and everything he took from Victor. A self-arranged marriage just might be what Jack needs to force him to grow up and face the results of his actions. Jack's scorned son, rebellious teen attitude has gotten very old.

Funniest lines of the week:
Rick in response to Starr's "Jailbait" lyrics: "Sick and filthy, that's music to my ears."

Sam to Tea, as he waved her pregnancy test, which he called a magic wand: "Alakazam, Tea!" And bam, she was pregnant.

David to Blair: "Blair, you look horrible. Not to worry, Uncle David's here. I can fix anything."

David's response to Viki, who asked after Dorian: "We have Skype sex ten times a day."

The big paternity reveal happens next week! I'll see you back here next Friday to dish on that and John's reaction in another week's worth of my "One Life In A Week." 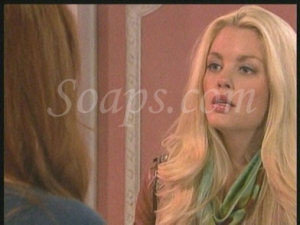 This week continued to linger on with the question of who killed Victor. There were a few surprises thrown into the mix, as well as an explosive scene between Llanview’s estranged sisters. Let’s take a look…

Who’s being spiteful and vindictive toward her sister now?
Jessica’s demeanor was anything but spiteful and vindictive toward Natalie, unlike past encounters. Natalie’s been dreaming about the DNA test naming John as Liam’s father, and she spends more time talking herself into the idea of a family with Brody than she does happily anticipating the reality of it. Doubting Jessica’s timing is one thing, to totally disregard even a shred of what she said is quite another. Natalie has lost touch with her inner ‘need to know’. Maybe it’s her need to be a good mother and give Liam a solid, stable life, but ignoring her longing for ‘what could have been’ could very well prove the opposite.

Investigating Todd 101:
Tomas is on the hunt for Victor’s killer and thinks Todd could possibly be the man he’s looking for. Soaps.com poster ccdette made a good point that’s been overlooked and stated, “Todd didn’t kill Victor. Remember the taped message on Victor’s phone while he was shot and the words on the tape? When Todd remembers shooting Victor he says ‘you took my life now I’m taking yours’. Those words weren’t on Victor’s phone, and they would have been had Todd been there. Todd was programmed to remember killing Victor. Irene was trying to kill Victor before Todd came back home. Thomas killed Victor.” Good eye for detail! The only words heard from the voicemail was Victor saying, “You.” maizzy had a different outlook and stated, “Brody killed Victor. Once the truth comes out about Liam then John is going to put two and two together.” At this point in the storyline, Tomas or Brody would be too obvious, Irene was locked up when Victor was murdered, but Mitch as the killer would make for a better resolution to this murder mystery. ParallelUniverse agrees, “Since Victor was killed, they’ve done the whole back and forth of Shane/Rex/Brody/Todd/Jack as killer just to stretch this murder mystery out. I bet that when Mitch returns it was he who Victor saw before getting plugged.” Mitch killing someone wouldn’t surprise anyone, but the fact that he once again escaped authorities to do so would be the real kicker. Mitch returning to Llanview as the killer would also pay homage to one of the town’s most notorious villains. Isn’t that what Ron Calivati is aiming for with all of these recent returns? Either that or Statesville’s reached its maximum capacity. Most of us just want the storyline to be over already, so bring on the guilty party, whoever they may be.

Sam’s magic wand.
Viewers were in the majority at 53.2% wanting Tea to be pregnant. 22.3% wanted it even more so because they believe Victor’s still somehow alive. 8.5% believed a pregnancy would be too hard on Tea. A positive pregnancy test delivered what the voters asked for. If the test is correct and if Prospect Park could coerce Trevor St. John into returning, this would be a great poll to look back on and a memorable way for “One Life To Live” to start its migration online in 2012. 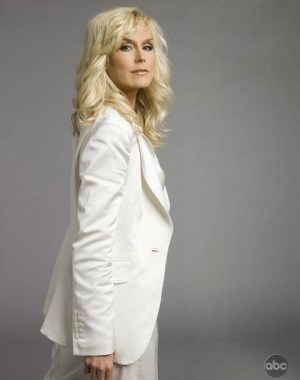 Catherine Hickland Returns To One Life To Live. (Updated.)