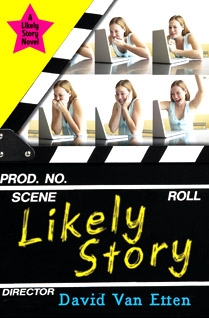 On the heels of the show’s recent Emmy win for Outstanding Writing Team, Soaps.com is excited to announce that One Life to Live writer Chris Van Etten has just published his first book in a series of young adult novels titled “Likely Story!”

With the help of his co-authors, David Ozanich and David Levithan, the book surrounds the life of kids in soapland! The first book plots around a teenager named Mallory who finds herself in her own drama while her mother is off being a lead actress in a popular soap.

What’s better than buying a book about soaps? Having the real life soap stars of his show take part in the fun. On June 26, 2008, Robin Strasser (Dorian), Jason Tam (Markko) and Brittany Underwood (Langston) joined the authors for a reading of their new novel at a local Borders in New York City. However, when looking for the book at your local bookstore, don’t expect to find all three authors’ names literally on the cover jacket, but rather penned by one author: David Van Etten – a combination of all three mens’ names! Very neat idea indeed!

Although Chris has vowed that all of his characters in the book are unique to the story, he does admit that a bit of Dorian Lord’s qualities are among those in his lead actress!

Soaps.com wants to congratulate all three men on their first book of the series! Stay tuned as they plan to bring us their next novel titled “All That Glitters” in the future! 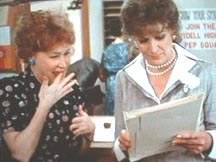 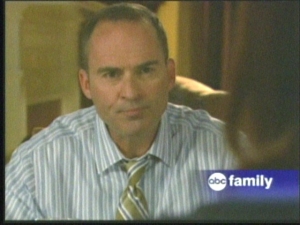