Ron Carlivati To Migrate Online With One Life To Live 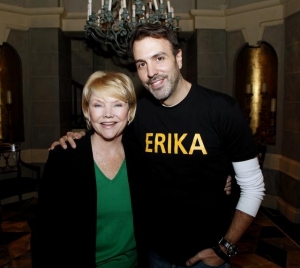 Soaps.com reported back in June that “One Life To Live” Head Writer Ron Carlivati would be heading to General Hospital once his Llanview obligations ended when the show finished its run on ABC in January 2012. There might just be a change of plans…

Prospect Park’s Rich Frank and Jeff Kwatinetz of THE Online Network have confirmed that a deal is in place for Ron, subject to a WGA agreement, to continue with the show when it moves online at the beginning of next year.

Soaps.com will keep readers posted as soon as more details are released.

This would be more great news to add for the show on the heels of Prospect Park hiring Executive Producer Frank Valentini.

Ashley Biden: 5 Things To Know About The New First Daughter

Silence Is Golden With Trump, but It’s Only a Matter of Time Before He Finds Another Megaphone