One Life to Live: Big Returns and Plots For 40th Anniversary! (UPDATED!) 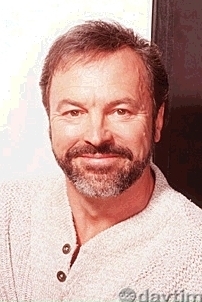 Soaps.com has learned that One Life to Live plans to film a location shoot for part of its 40th Anniversary episodes! In the scene described below, featuring Tina watching while Carlo attempts to throw Sarah over the Iguazu Falls in Argentina, the cast and crew involved won’t be in Argentina but rather filming from an upstate New York waterfall! Stay tuned as these two special episodes are promised to bring all that ‘One Life’ is to its fans!

July 15, 2008 is a very important date for not only One Life to Live but for the fans who have stood by the show for almost forty years! Well, do we have a surprise for you!

Head Writer Ron Carlivati has promised us a spectacular anniversary treat to include many big returns! Although they’ll be of the ghostly presence, fans can expect appearances to be made from Heaven by the recently deceased Asa (Phil Carey), Viki’s love of a lifetime Ben (Mark Derwin), Dorian’s lost love Mel (Stephen Markle), Viki’s granddaughter Megan (Erin Torpey) and the woman who created the show back on July 15, 1968, the legendary Agnes Nixon! As a hint, we can tell you Viki (Erika Slezak) will take part in this scene!

The anniversary special will also feature a reenactment of the unforgettable 1980’s storyline that had Tina Roberts (Andrea Evans) surviving a tumble over the Iguazu Falls in Argentina. However, don’t count on a replay! The modern version of the storyline will have Tina witnessing mob boss Carlo Hesser (Thom Christopher) threatening to push Tina’s estranged daughter Sarah (Justis Bolding) over the same falls! John Loprieno will come home as Cord for this one!

But the fun won’t stop there… There will be another old storyline ‘redo’! Clint’s time travel to the ole’ Wild West! However, it won’t be Clint who’s the star of this one… Bo (Robert S. Woods) and Rex (John-Paul Lavoiser) will suddenly wake up in 1968, the year the show was born, after being struck by lightening. If any of you saw the movie Freaky Friday, you’ll love this… Bo will wake up as Asa and Rex will find himself in Bo’s shoes on a race to get back to 2008 in order to prevent young Bo (Rex) from being sent off to Vietnam!

So there you have it, not only will we get to see some old fan favorites return but we’re promised a trip back through time as well! Soaps.com wants to welcome back all of the characters of the past! We can’t wait until the episodes air on July 21 and 22, 2008!

One Life to Live’s Andrea Evans...