Ex-One Life To Live’s Paul Satterfield To The Bay 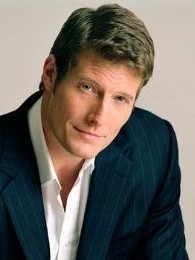 Former “One Life To Live” actor Paul Satterfield, who played the evil doctor Spencer Truman from 2005 to 2007, has been cast on Season Two of “The Bay” in the pivotal role of Lee Nelson. Paul will replace Joe Lando, who played Llanview’s Jake Harrison from 1990 to 1992, in the role that is said to be very essential to the current storylines.

We Love Soaps is reporting that Joe decided the web series wasn’t a fit for him. Creator and executive producer Gregori J. Martin is looking forward to Paul’s onscreen chemistry with Mary Beth Evans (Sara Garrett), who’s set to return to Days of our Lives in December as Kayla Johnson. This will be Paul’s first appearance since leaving “One Life To Live.”