One Life To Live’s Robert S. Woods To Castle? 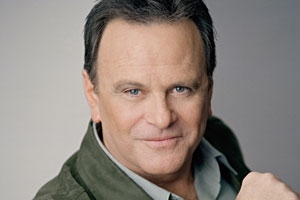 He would be if Nathan had anything to say about it…

Former “One Life To Live” actor Nathan Fillion (ex-Joey Buchanan) recently chatted with AOL TV and asked how close his show “Castle” was to casting Nathan’s character’s dad – something that’s been brought up as of late. Nathan commented that he’d love to see his past Llanview uncle, Robert S. Woods (Bo Buchanan), cast in the role. Nathan reflected on the ongoing respect he has for Robert and how he gave him great advice during the earlier days of his career.

Soaps.com will be sure to let readers know if Nathan gets his casting wish. However, as much as we’d get a kick out of seeing Robert in Primetime, we still hope to hear that he’ll be migrating online with his One Life To Live castmates who already signed on for the new venture with Prospect Park. As of yet, there is no official word on Robert’s upcoming online status with the show.