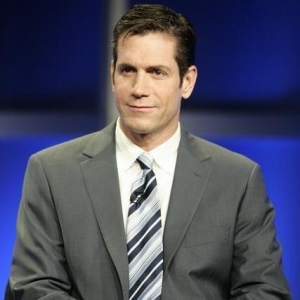 Heading online with his show.

Prospect Park has just announced that “One Life To Live’s” Executive Producer Frank Valentini will be migrating online with the show as Executive Producer. Valentini has been Executive Producer of the show since 2002 and has also been now named Vice President of Serial Dramas for the new online network, where he will work closely with Prospect Park’s Jeff Kwatinetz, Rich Frank and their team to advise the network on all serial drama programming strategies including the upcoming relaunch of “All My Children.”

“Frank’s successful track record both creatively and producorially with “One Life to Live” has been stellar and we are honored that he has also agreed to take on more responsibilities at our new network,” stated Prospect Park’s Jeff Kwatinetz and Rich Frank. “Under Frank Valentini’s stewardship, “One Life to Live’s” popularity and ratings continue to increase, and his commitment to us is another milestone in our commitment to relaunching “One Life to Live” with the best possible quality and storylines for audiences everywhere.”

“I am thrilled to join the Prospect Park team continuing my role as the Executive Producer of “One Life to Live.” As we enter this new chapter, I must extend a very big, heartfelt thank you to the show’s creator Agnes Nixon who has always been generous with her support of our vision of her creation, ABC for affording me an incomparable experience for the past 26 years at “One Life to Live” and the fans with their unwavering passion determined not to let their shows go away,” said Valentini. “The cast and crew is my family and I am very proud to have this opportunity to continue working with this talented and dedicated team. And finally, I must extend a huge thanks to Rich Frank and Jeff Kwatinetz of Prospect Park whose pioneering innovation is giving us more life to live.”

For details on which actors will make the move with Frank read Prospect Park Announces One Life To Live Cast Migrating Online.