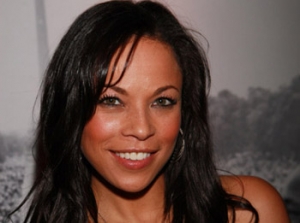 Soaps.com sends Daphnee our congratulations! We will keep readers posted on her upcoming air date. Look for the new series to premiere on Tuesdays on ABC at 8.00 PM beginning October 11.

For now, watch a preview of “Last Man Standing” below.

Find out what else Daphnee's been up to through Daphnee Duplaix In Ex-Free The Movie.